Welcome to Deep Dive! If you're new to this section of the website, this is where we take an in-depth look at emerging technologies shaking up the world of mass-participation events.

For this second Deep Dive feature, we take a look at Pic2Go's race photo sharing platform, making it easy for your participants to download and share branded photos of their race experience on Facebook.

Intrigued? Let's get right into it!

According to Running USA's US Road Race Trends report, 2016 was the third year in a row that overall finisher numbers in the US declined. That's a worrying trend - and some sources are pointing the finger squarely at millennials.

In their Millennial Running Study, research firm Achieve took a look at millennials and their apparently picky racing habits. Their conclusion? Millennials love nothing more than a great experience and chooses races to enter on that basis. You can't really blame them, can you?

Yet that is precisely the one area that so many races are falling behind on. Which is a shame, because there is another group very keen on your race offering a great experience to participants and that's sponsors. Why? Because great experiences make for happy people and happy people make lots of lasting positive brand associations.

So when a tool comes along with a hack for not one but two of your race's key interest areas, you need to pay attention.

Pic2Go is a patent-pending technology that allows automated tagging, branding and sharing of participant race photos.

The technology streamlines the photo journey from camera to social media, dramatically increasing exposure for your race brand and sponsors (more on this when we look at some numbers).

How does it work? 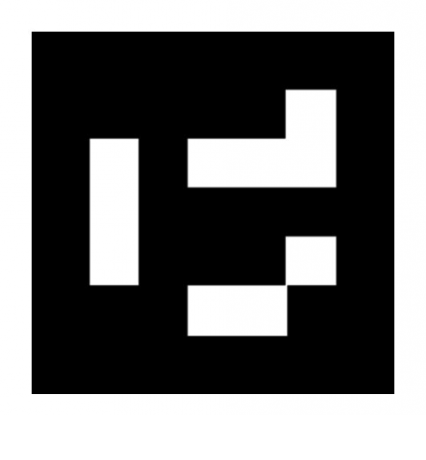 Pic2Go uses a unique barcode on each participant's bib to automate the process of sorting and distributing race photos.

When your photographer uploads photos onto the Pic2Go website, the system recognizes the barcodes of participants in each pic, sorts photos by participant and brands them with your race logo, sponsor brand and, if you so choose, basic participant info such as the participant's finish time etc.

With the photos processed in minutes - hey presto - your participants can directly download them from your site or, even better, share them instantly on their Facebook profile.

How many wins is that?

It's fair to say there's a lot of thought that has gone into designing the Pic2Go platform and there's a little bit of goodness for everyone here:

That's a lot of wins.

The power of sharing

One of the most interesting takeaways from the Pic2Go story for every organizer has to be the awesome power of the shared race photo.

Let's look at some numbers.

We used publicly available event stats from the Pic2Go website to try to quantify the benefit of the exposure Pic2Go generates. We picked two great UK races we know well - Race to the Stones 2017 and the Shrewsbury Half 2017 - although there aren't significant differences across the remaining case studies:

We looked up the number of finishers for each race online - the rest comes from Pic2Go: numbers of people who chose to share their race photos through Pic2Go on Facebook, the comments the photos generated, likes and total number of impressions.

Now, before going any further, we should say that evaluating exposure is fairly difficult and depends on many factors, including the type and quality of exposure. So take everything that follows with a good pinch of salt.

That said...The global average Facebook CPM (what advertisers pay for 1,000 impressions of their post/ad/etc on Facebook) was $7.19 for 2016. From our own experience with Facebook campaigns, the number looks in the right ballpark. Arguably, based on metrics from other studies, the average CPM for the sports/fitness sector should be a touch higher than this. Most certainly, the qualitative features of Pic2Go impressions, being organic - i.e. coming from users sharing stuff - are much better than for paid advertising.

So let's see what that Pic2Go exposure translates into: what would you and your sponsor have to pay to get the same exposure Pic2Go's photo sharing generates organically?

For the two events we looked at, you'd need to spend $8.11 and $5.50, respectively, per finisher to get that Facebook exposure through advertising. Even if you factor in a combined DNS/DNF rate of 10%, Pic2Go still generates a remarkable $7.30 and $4.95 of organic exposure per participant. Think about that for a minute.

Obviously here we focused only on impressions (i.e. reach) which is one of the easier things to quantify. There are many more considerations, if you are thinking of adopting Pic2Go for your event. But the numbers are impressive (your sponsor will certainly think so).

Ok, what does it cost?

Like so many things, the answer depends on what you're after.

Besides the core photo sharing functionality, Pic2Go have also started offering additional features focused on the participant experience, like: 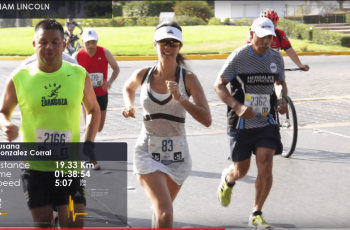 Pic2Go's Performance Video captures a participant's progress along the course 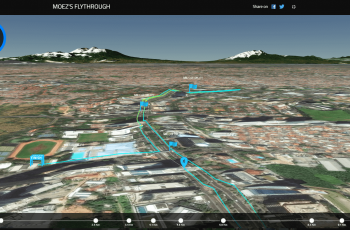 Pic2Go's FlyThrough offers participants a multimedia replay of their race

If you are after just the branded photo sharing, you can expect to have no change in your photography costs (you can work with any photographer you like) and pay a fixed fee based on your race size for all the nice Pic2Go tagging/branding/sharing stuff.

If you are interested in some of the newer video features, you may need some additional on-the-ground support that can be arranged through Pic2Go. In any case, getting in touch and discussing your needs with Pic2Go is probably the best way forward (you can find details at the bottom of the feature).

In our view, the decision to go for Pic2Go rests on one consideration: your sponsorship portfolio.

If your race or series has a significant sponsor relationship to leverage, it's really a no-brainer. As cost of reach goes, it is difficult to see any other way your sponsor could be getting that kind of quality exposure for the cost. So for them to cover the cost towards Pic2Go in exchange for the branding rights would make total sense. In which case you get your race exposure and participant smiley faces for free.

If your race doesn't currently have a sponsor to cover the cost, the case is less clear. You could still benefit from the streamlined photo distribution and take advantage of the photo sharing features to promote your race brand. You can even consider some of the great new video features that will certainly get your participants engaged. But will it be worth the cost if the money's coming out of your race budget? It depends how far you want to see your race's memories travel.

How Many Portable Toilets Do I Need?